Be sure to also visit Museum Plaza behind the Pensacola Museum of History for live performances by the Pensacola Opera and Pensacola Little Theater along with various performances and demonstrations by local college and high school drama and music groups.

The New 76ers are an acoustic folk band from North Florida. Their sound comes from a collective respect for acoustic and electric music. As a family, they rely on instinct to meld vocals into harmonies and let them take the spotlight. They are deep-rooted in Southern musical heritage & their original music aspires to move you physically and spiritually. The New 76ers mission is to give love through their music as they believe that music is and always will be a force to compel change.
♫ Kelly Goddard - Rythm guitar and Vocals
♫ Brian Durham - Upright Bass and Vocals
♫ Danny Goddard - Lead guitar and Vocals

The Freedom Jazz Dectet is new to the Gulf Coast region although the players are not. Co-founders Mike Lyle and Allen Beeson decided during the pandemic it was time to get back to playing their favorite music, and to do that they needed to make their own way. Musician gigs dried up for the most part because of COVID restrictions, and the need for social distance and other safety precautions resulted in the development of a smaller 10-piece jazz ensemble – a dectet- to accomplish their desire to play.

Freedom Jazz Dectet pulls from a variety of different jazz styles, from be-bop to Latin grooves. The band’s extensive library includes everything from burning tempos to slow sultry sounds. Re-scoring familiar jazz tunes from the last 50 years for a ten-piece ensemble required some imagination and modernization. Have done that, the group’s repertoire is designed to appeal to a wide range of jazz lovers.

Although new to the region as a group, none of the players are new to the jazz scene. The dectet includes three saxophones, two trumpets and one trombone, with a kicking rhythm section and female vocalist. Members of the group have experience in military bands, university teaching, and performances with world class artists. Additionally, all members of the band currently live along the Gulf Coast.

The most important aspect of this musical group is they want to PLAY and entertain audiences from festivals to concert venues. We hope you will have a great time and tell your friends about the Freedom Jazz Dectet.

Led by versatile Pensacola Musician Fred Domulot, this cajun band will provide a Cajun dance party for your Friday afternoon at the festival!

Ed "Drummer Dude" and Jim Richmond formed a power trio in 1996 called Insidious. In 2000 they changed the band's name to Cat Daddy to better reflect their catalog of music. About 10 years ago a friend told them about the Blues Society of Northwest Florida hosting live music and jams every Monday night, so they went, and that's all she wrote. The Cat Daddy Blues Band, proud members of the Blues Society of Northwest Florida, delivers a classic blend of vintage and modern style original Blues that will have you tapping your feet to the groove in no time. The Blues is a lifestyle. It's our business, and business is good!

He’ll surprise you and awaken the cynics. He’s plumbing for lyrical gold like a social archeologist. His songs are universal, his rhythm infectious and in concert, he is funny as hell one moment and transcendent the next.

HE BELIEVES IN STORIES

Come to a show. Mystical, and humorous roads, twisting through vivid cinematography. Like short 4:00 films. Visual, artful and human. Brooklyn in July, Oklahoma towns, rattlesnake tails, turbary thieves, Galway heather, meter maids and drunk roosters. At the end of the night, you’ll leave inspired. “The Long Note” is a phrase in Irish culture.”The Long Note” is that place of resonance and transcendence where the music, the voices, the instruments, and the community ALL come together and unite.

THERE IS A LONG NOTE & JOE IS REACHING FOR IT

Whether he’s picking his 48 Gibson, weaving through lap slide songs or looping his fiddle, he will draw you in. It happens every time. Watch a YouTube video. It’s good, but it’s not the same. You gotta come to a show. With unwavering courage to be himself, he is literate, poignant and funny as hell. He lives in Ithaca NY, and tours regularly in the US, Ireland and Canada.

If you haven’t experienced the high energy, swamp funky zydeco sound of Chubby Carrier and the Bayou Swamp Band, it is high time that you join the legions of fans that have. Once the accordion-playing virtuoso grabs the mic and takes to the stage with his band mates, audiences are treated to a show like no other. Chubby’s sound is infectious – a concoction of blues, 70s funk, rock and roll, and good-ole zydeco flavor – and makes even the most timid individuals get their feet a movin’.

Chubby Carrier and the Bayou Swamp Band are turning heads around the world and bringing Louisiana flavor to the masses. The funky zydeco band’s release, “Zydeco Junkie,” earned one of the highest musical accolades when it was named Best Zydeco or Cajun Album during the 53rd annual Grammy Awards celebration in February 2011.

In addition to the coveted Grammy, the band was honored with OffBeat magazine’s Best of the Beat award when it named “Zydeco Junkie” as the Best Zydeco Album. Furthermore, the 2011 Big Easy Music Awards awarded the group for Best Zydeco. For Carrier’s accomplishments as a musician and humanitarian, the band was awarded keys to the city from Lake Charles, Opelousas, and Lafayette.

Carrier is a prince in zydeco royalty. His father, Roy Carrier; his grandfather, Warren Carrier, and his cousins, Bebe and Calvin Carrier, are considered zydeco legends.

Chubby Carrier, a Church Pointe, La., native, has taken on several causes that are dear to him, including children’s causes, education, and advocating a smoke-free environment. The band is an ardent supporter of the Boys & Girls Clubs of Acadiana, as they have held concert fundraisers to benefit the nonprofit organization. Of all the causes that Carrier endorses, his urge for a smoke-free environment is a personal one. In May 2010, his father, Roy Carrier, died from lung cancer. Carrier, along with Lafayette musicians David Egan, Joey Richard, Carol Fran, among others, has become a vocal spokesman for the “Let’s Be Totally Clear” campaign. The Bayou Swamp Band front man has made several media appearances to show his support for smoke-free venues in Lafayette and around Louisiana and for individuals to adopt a tobacco-free lifestyle.

Zydeco is more than a calling for Carrier. His love for the music is etched in his pedigree. While winning a Grammy is the tip of the iceberg for Chubby and the band, now is the time for all to know to learn about the zydeco culture and Chubby Carrier and the Bayou Swamp Band.

Tanya Gallagher leads a double life. By day, the Pensacola, Florida native—who once interned for NASA—practices cartography, turning geographic information into maps for Santa Rosa County, where she resides. By night, she pens the kind of soulful, folk-inflected pop songs that comprise her new EP, One Hand On My Heart. “When I describe myself as a scientist and a songwriter, I think people immediately assume there must be this right brain-left brain dichotomy between these two passions but for me they’re almost symbiotic. I don’t think I could have one without the other,” Gallagher says.

Recorded with producer Daniel Mendez (Noah Gundersen, The Native Sibling, Alexi Murdoch), and written while Gallagher was pursuing a PhD in forestry in Vancouver, the six songs on One Hand On My Heart tell the tale of heartbreak, and of a singer-songwriter finding her groove. The EP’s first track, “Dark Side,” is an atmospheric slow burn—likened to an Americana version of Tidal-era Fiona Apple. The EP’s centerpiece might just be “Barren Land,” which Gallagher wrote about the larger spiritual falling-out that accompanied a split with her longtime boyfriend. It’s this vulnerability that makes Gallagher a songwriter to watch, and that gives One Hand On My Heart its emotional core. “A lot of this album was just figuring myself out and that it’s okay to not be okay sometimes,” she says, “Music helped get me through.”

Instrumental music performances and music study clubs begin to appear in Pensacola during the late 1800s and early 1900s. The Pensacola Philharmonic Orchestra was first formed in 1926 by German immigrant John W. Borjes, who recognized the need for Pensacola to have an institution of its own that could develop local talent and also provide access to symphonic music for the entire community. Having been music director of orchestras in New York’s Shubert Theatre and Memphis’ Orpheum Theatre no doubt gave Borjes the requisite experience and credibility this new venture would need. Members of this early ensemble included many members of the 20-piece Saenger Theatre Concert Orchestra, among others.

Now entering its 92nd season, the PSO continues to seek ways to fulfill its mission of promoting the wellbeing of the Greater Pensacola community through excellence in live symphonic music and lifelong learning through engaging musical activities. From the stage, PSO’s goal is to provide the Pensacola community with transformative musical experiences through performances with world-renowned artists. In addition to enlivened performances, PSO’s “Beyond the Stage” program brings musical experiences to the Pensacola community in settings that include schools, retirement communities, healthcare facilities and galleries.

After releasing four Top Ten Billboard albums, North Carolina based Nu-Blu has quickly established themselves as one of the top Acoustic acts in the music industry, delivering a set of songs that range from the melancholy to the exuberant, and at every step they prove they’ve got a knack for finding their way into the deeper parts of you.

Over the years, they’ve turned many heads, garnering major headlines with their George Jones inspired tribute single "Jesus and Jones" featuring Rock and Roll Hall of Fame singer 'Soul Man' Sam Moore (of the iconic duo Sam and Dave). The award-winning band has also made appearances on Fox News in the past, while also having their music featured on CBS "Sunday Morning." Recently they have moved into the role of helping bring Bluegrass to the masses, serving as the permanent host of the nationally-syndicated TV show "Bluegrass Ridge," which airs in 160 million homes worldwide.

Hailing from Siler City, the textbook definition of a picturesque small southern town, Nu-Blu’s heart and soul is husband-and-wife duo Daniel and Carolyn Routh. Carolyn’s caramel-coated soprano is one of the band’s defining traits, at times a tender lullaby, at times a freight train headed straight for you, but always unwinding a surprising tale. Daniel is the group’s backbone, a multi-instrumentalist and backing vocalist who also handles band management. Austin Hefflefinger on banjo, and Justin Harrison on mandolin round out the quartet’s warm, layered, Appalachian sound. Together they deliver upbeat, blazing-fingers pick work just as well as gentle, heartwarming ballads, and they do it all with a natural togetherness that can’t be faked, forged over hundreds of shows on the road. 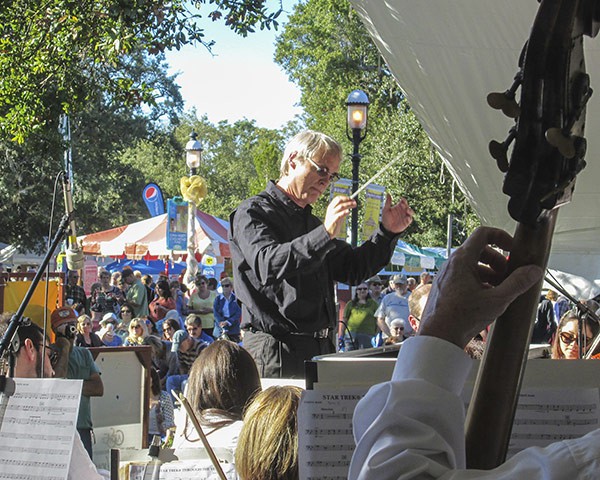 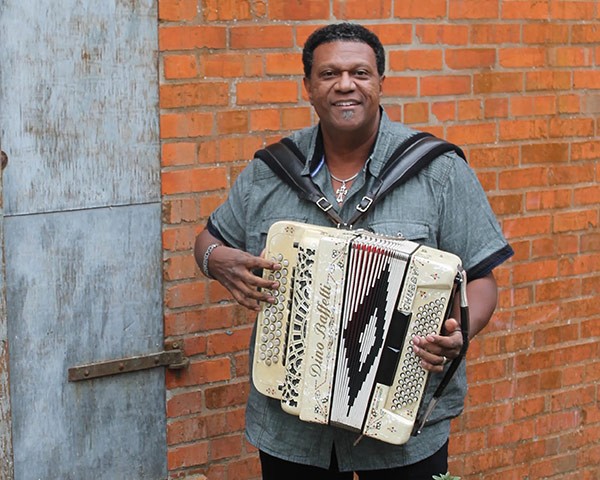 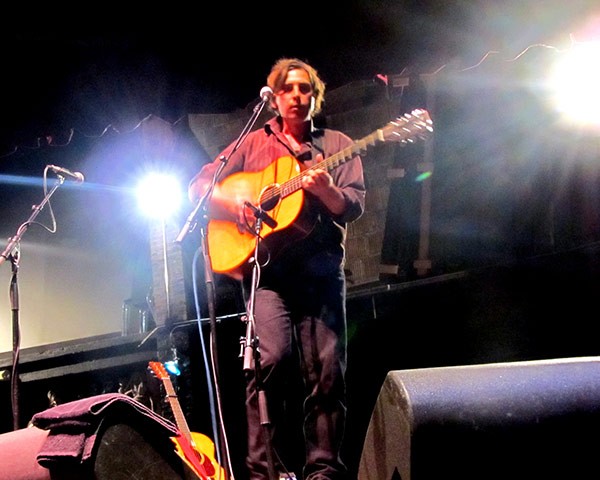