Also, new this year, check out the music lineup on the Museum Plaza Stage.

Curt grew up singing and harmonizing with family in Minnesota while his father played a mean accordion and he danced the polka on his mother's toes. After joining the Air Force to see the world beyond the ten thousand lakes, he traveled throughout Europe. Upon leaving the service, he hitchhiked across the states -- and on a visit to Pensacola, Florida he fell in love with the area and its people.

In 1981, Curt made Pensacola his new home and fronted many bands along the Gulf Coast including Cafe' Racer (with Steve Watkins) and Cafe' Oasis (with Joe Lyons). He moved to Nashville for several years to form Laurie Wheeler and Nash deVille with Rick and Laurie Wheeler, recorded the album "Things Ain't What They Used To Be" in 2002 and signed with Summit Records. The album included Ron Krasinski, Randy Smith, Pete Wasner, Rick Jackson and Craig Wasner -- along with Larry Carlton, Kirk Whalum and Mark Douthit -- and recreated Big Band classics with an edge, tight vocal harmonies and be-bop scats. Following his heart back to the Gulf Coast, he formed the Curt Bol Band in 2011.

Delivering a distinctive blend of contemporary and traditional jazz and blues, the Curt Bol Band aims to raise the collective vibrational state while having as much fun as they possibly can. From funky to smooth, straight ahead to progressive, this group of veteran players loves to play. Featuring Curt Bol on vocals, Tom Latenser on bass, Joe Lyons on drums, Rocky Sleight on keys and Steve Watkins on guitar. Website

Tanya Gallagher leads a double life. By day, the Pensacola, Florida native—who once interned for NASA—practices cartography, turning geographic information into maps for Santa Rosa County, where she resides. By night, she pens the kind of soulful, folk-inflected pop songs that comprise her new EP, One Hand On My Heart. “When I describe myself as a scientist and a songwriter, I think people immediately assume there must be this right brain-left brain dichotomy between these two passions but for me they’re almost symbiotic. I don’t think I could have one without the other,” Gallagher says.

Recorded with producer Daniel Mendez (Noah Gundersen, The Native Sibling, Alexi Murdoch), and written while Gallagher was pursuing a PhD in forestry in Vancouver, the six songs on One Hand On My Heart tell the tale of heartbreak, and of a singer-songwriter finding her groove. The EP’s first track, “Dark Side,” is an atmospheric slow burn—likened to an Americana version of Tidal-era Fiona Apple. The EP’s centerpiece might just be “Barren Land,” which Gallagher wrote about the larger spiritual falling-out that accompanied a split with her longtime boyfriend. It’s this vulnerability that makes Gallagher a songwriter to watch, and that gives One Hand On My Heart its emotional core. “A lot of this album was just figuring myself out and that it’s okay to not be okay sometimes,” she says, “Music helped get me through.”  Website

Kim Carson, was born in Oklahoma, raised in Texas and lives in New Orleans. She has a lot of influences in her brand of Louisiana Tonkabilly music including Hank Williams, Merle Haggard, Loretta Lynn, Buck Owens, Waylon Jennings and Ray Price.

Kim performs her original songs with some Classic Twang. Kim Carson is surely a one of a kind artist and has been named Best Country Artist by the readers of the OffBeat Magazine eight times. She has performed 21 times at the most prestigious Jazz & Heritage Festival in New Orleans and many festivals across the south. Kim and her band "The Real Deal" play Roadhouse's and Honky Tonks from Luckenbach, Texas to the Florabama.

After building a name for herself as the undisputed "Queen of Louisiana Honky Tonk Music", she has distinguishing herself as a formidable Country & Honky Tonk Songwriter.

Jeffery Broussard is well, the real deal. Dedicated to preserving and promoting the Creole culture and traditional Zydeco music. Jeffery plays with passion and commitment Jeffery  brings an energetic and toe tapping world of the American Roots Music, Zydeco.

Jeffery has range seldom seen in Zydeco from traditional songs from the old masters to originals, single note and triple note accordion to fiddle. Whether he is playing a festival stage in front of thousands of dancers, a small theater of seated patrons, giving an interview, teaching a lesson or playing at a trailride, his warmth, love of the music and talent shine.  It's quite possible that without the struggle and hard times he experienced in life, Jeffery could not sing and play with the emotion and soul he expresses. Broussard is one of the genres most dynamic performers.   “I find inspiration all around me.  I try to make my music representative of myself and my generation. I love the places that most people don't give a second glance.”  Website

Rave reviews and repeat engagements are the norm for this six-foot tall beauty. Holly studied piano, guitar, violin, and ballet, earned a BFA in Theatre Performance, practices Pilates, and has totally mastered the art of SINGER/ENTERTAINER. She can turn on her southern charm, the ditsy humor and the spell binding virtuosity that captivates everyone within earshot - all the while moving like satin, turning heads, and winning hearts. Based for several years at the 4-Diamond Perdido Beach Resort in Orange Beach, Alabama, she is in demand at jazz festivals, cabaret venues, organizational gatherings, et al.. From Memphis to Morocco to the Mediterranean, whether accompanied by piano alone, or with her eclectic group of exciting musicians, every event becomes special indeed. Website

Instrumental music performances and music study clubs begin to appear in Pensacola during the late 1800s and early 1900s. The Pensacola Philharmonic Orchestra was first formed in 1926 by German immigrant John W. Borjes, who recognized the need for Pensacola to have an institution of its own that could develop local talent and also provide access to symphonic music for the entire community. Having been music director of orchestras in New York’s Shubert Theatre and Memphis’ Orpheum Theatre no doubt gave Borjes the requisite experience and credibility this new venture would need. Members of this early ensemble included many members of the 20-piece Saenger Theatre Concert Orchestra, among others.

Now entering its 92nd season, the PSO continues to seek ways to fulfill its mission of promoting the wellbeing of the Greater Pensacola community through excellence in live symphonic music and lifelong learning through engaging musical activities. From the stage, PSO’s goal is to provide the Pensacola community with transformative musical experiences through performances with world-renowned artists. In addition to enlivened performances, PSO’s “Beyond the Stage” program brings musical experiences to the Pensacola community in settings that include schools, retirement communities, healthcare facilities and galleries.  Website

The Krickets are a female Americana group from the gulf coast who's music is what Paste Magazine describes as "a truly stunning, one-of-a-kind sound."  Fresh out of the studio, the band just finished a sophomore album entitled 'Redbird.'  The title track, 'Redbird'  was recently named the 2019 Alt Country Song of the Year at the Independent Music Awards.  Produced by Grammy nominee Sam Ashworth and recorded at Brown Owl Studios in Nashville this album has everything from traditional country to folk rock steeped in harmony and an earthy instrumentation.

2016 IMA Folk Song of the Year winner for their single "Cool Cool Water,"  The Krickets are a female swamp-folk band that released their first album "Spanish Moss Sirens" in May of 2016.  Produced by Ben Tanner of the Alabama Shakes and recorded in Muscle Shoals, the album debuted at #1 on Amazon's ‘Best Sellers’, ‘Movers and Shakers’ and ‘Modern Folk’ charts.   They were also named the 2016 IMEA Folk Artist of the Year. The group originally came together to play a cancer benefit in honor of Cristina "Cricket" Russell.  Now, they are able to support the cause by donating a portion of every album sale to The Cricket Fund and Beyond which provides women's health services to the uninsured. 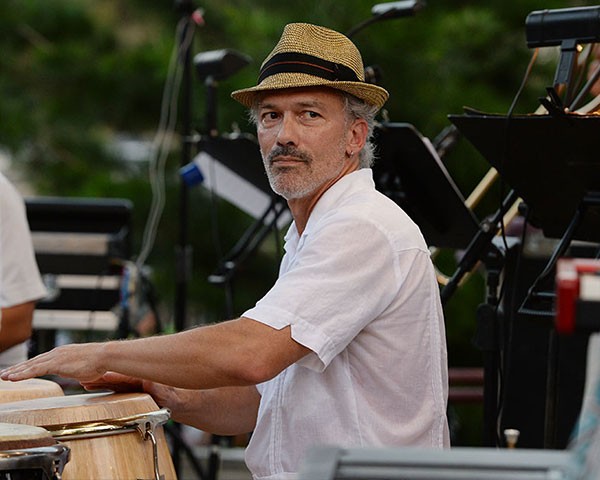 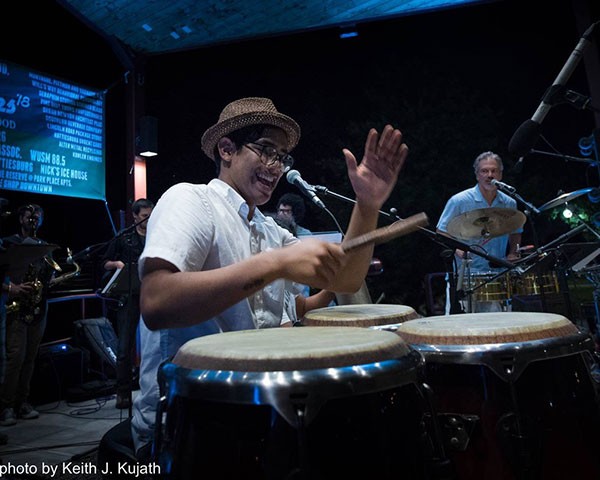 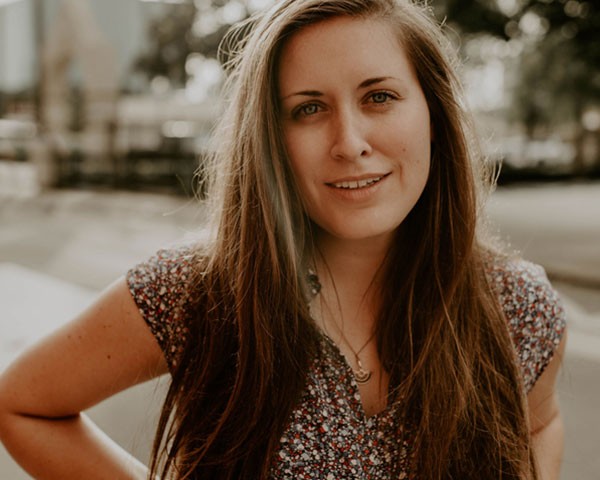 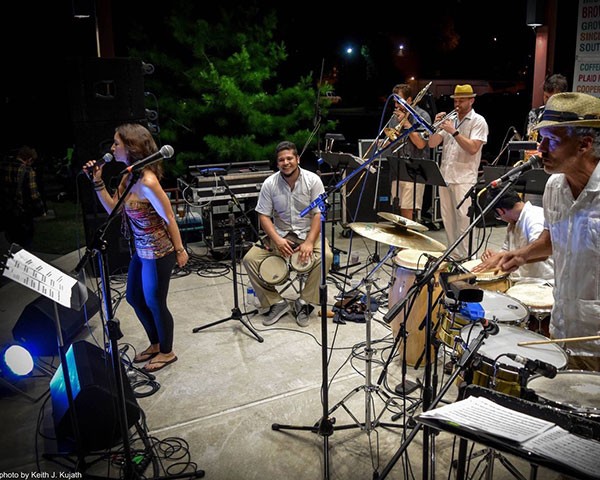