History of the Festival

In early 1973, Don Partington, then president of the Pensacola Arts Council, asked Linda Gray (Linda Lewis at the time), Dr. Dick Smith, and Maude Smith to visit an arts festival in Annapolis, Maryland. He had visited the festival the previous year and thought it might be a model for a festival in Pensacola.

The three did go to Annapolis and came back with big ideas. Linda said the Annapolis festival gave her a vision of what could be done if people were willing to pool their energy and resources. But most impressive, she said, were the lines of children waiting to get inside a tent filled with arts-related activities.

This group of Christ Church Parish members drew on the help of other church members and the Pensacola Jaycees to quickly organize a festival that would take place in Pensacola.

That first Festival – named Festival Fever Days – was held in September of 1973 at the Bayfront Municipal Auditorium (Plaza de Luna occupies the spot today) and drew more than 7,000 people. Linda Gray was the chairperson, and she spearheaded the effort – raising money and getting approval from the County Commission and the City Council. 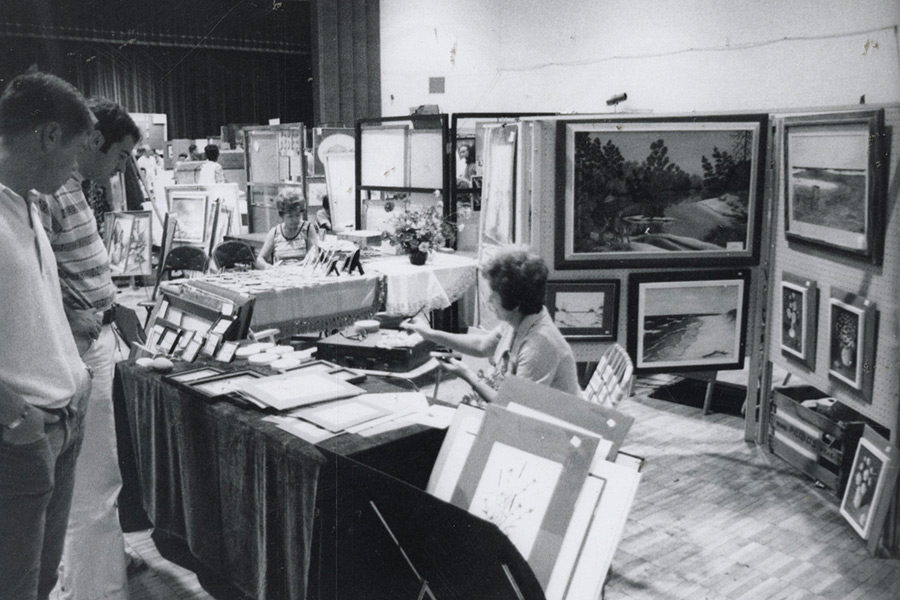 An artist demonstrating her craft at Festival Fever Days 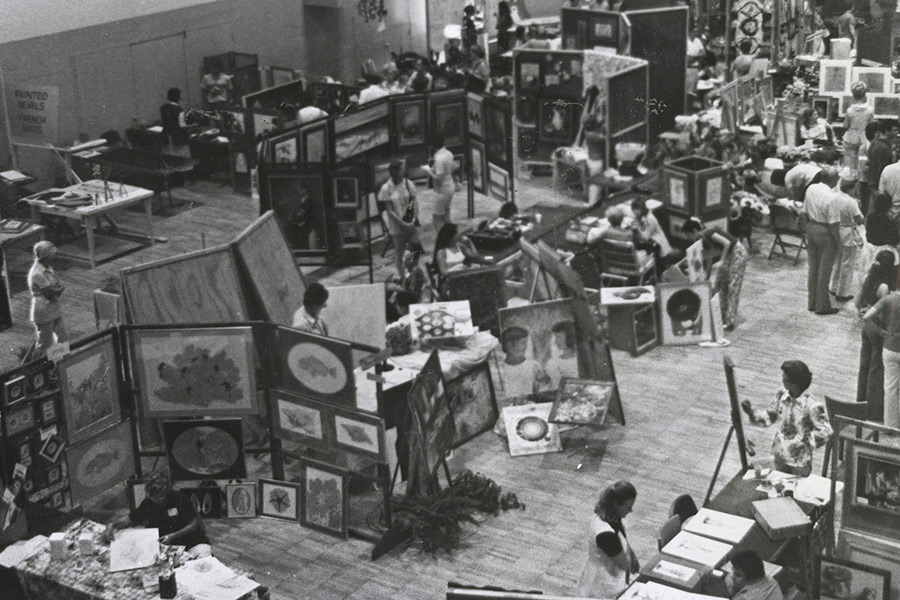 The first Festival had a number of artists participating, many of whom were members of Pensacola Artists Incorporated. In addition to the auditorium being filled with art in booths and on tables, a key element of the first Festival were demonstrations of art being created – potters threw clay, painters worked at their easels, and there was even a glass blower, with the driving force behind the demonstrations being that people would appreciate art even more when seeing how it was created.

Salvatrice Creel won best of show at the first Festival for a woodblock print — her award was $250. Bill and Kathy Clover’s pottery making was judged the best demonstration. Today, the Pensacola State College pottery studio is named for Bill Clover, who taught at the college for 52 years. 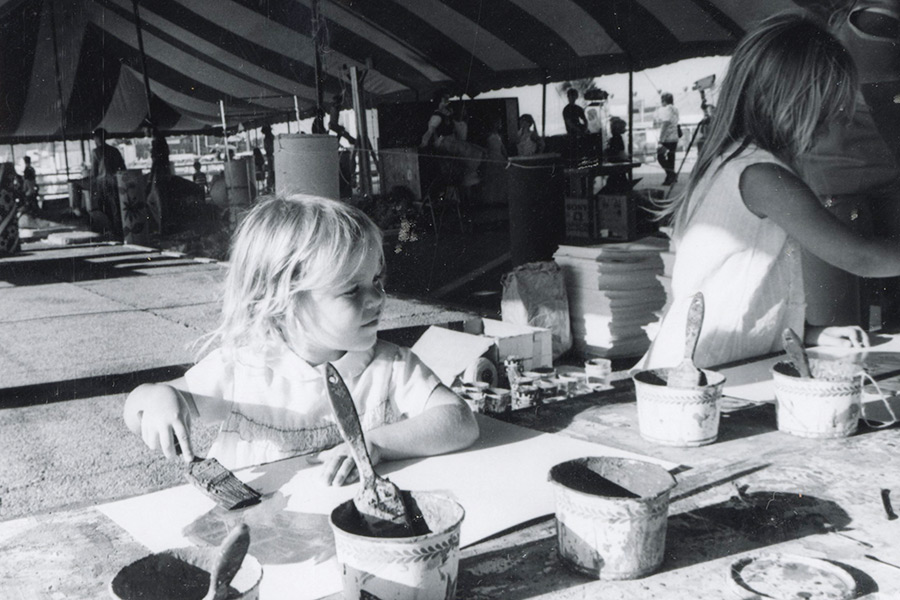 Art in the Discovery Tent 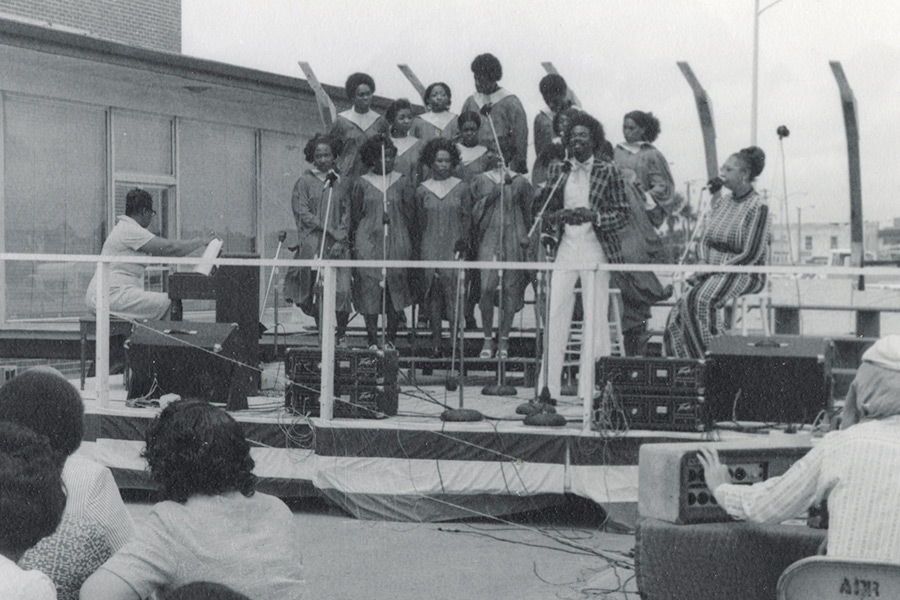 Music outside the Auditorium

Outside the auditorium, a Children’s Discovery Tent offered craft activities, puppet shows, and opportunities to try out musical instruments. One of the more popular displays was a closed-circuit television allowing children dressed up in costumes to see themselves on TV. The library provided its Bookmobile to help with the overflow of kids.

Festival Fever Days returned in 1974 with some of the inevitable kinks worked out. And this time, the Florida Arts Council joined in the support with a $5,000 grant.

In 1978, the art show portion of the Festival became an all-juried show to draw more professional artists and improve the quality of the art. The art show continues to be a juried show today, and the Festival is one of the nation’s top art festivals, drawing artists from all over the country. Typically, more than 500 artists apply for the Festival. Each applicant must submit three images of their work with their application. Qualified art professionals, usually from outside the area, are shown each artist’s work anonymously and choose more than 200 artists who will be invited to exhibit their work.

The art demonstration concept continues today in the Heritage Arts area in Historic Pensacola Village – an authentic setting for craftspeople from around the region to demonstrate such arts as wood carving, engraving, spinning, weaving, textile dyeing, and other skills. 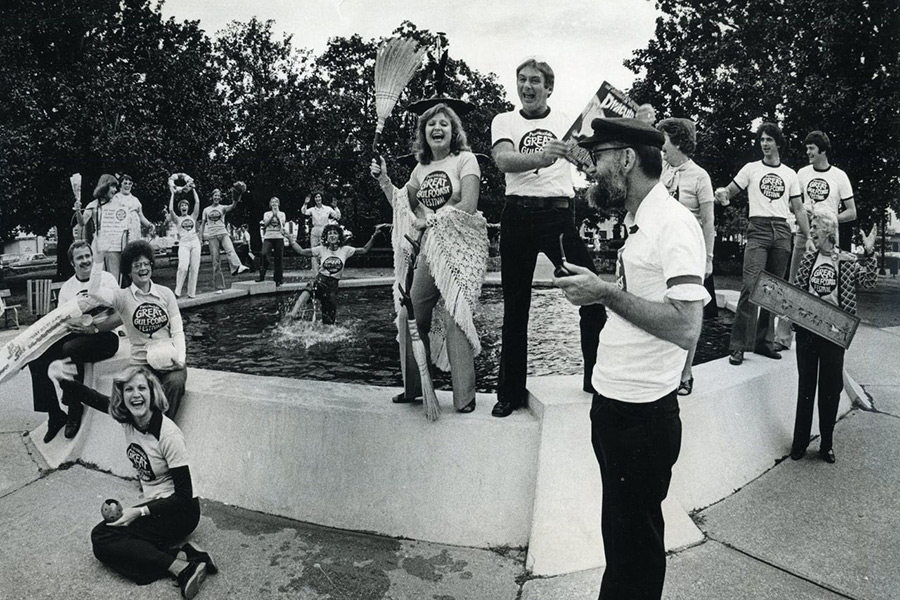 Celebrating the 1977 Festival in Plaza Ferdinand

Throughout the last fifty years, the Festival has only been canceled twice; once in 2004 due to the destruction wreaked by Hurricane Ivan, and then again sixteen years later in 2020 due to the Covid-19 pandemic.

What began as a volunteer effort continues today, with the Festival being put on entirely by volunteers. Around 60 people work year-round to produce the Festival, with well over a hundred more joining in before and during the Festival, getting ready for up to 140,000 people to visit Seville Square over the three days in November. 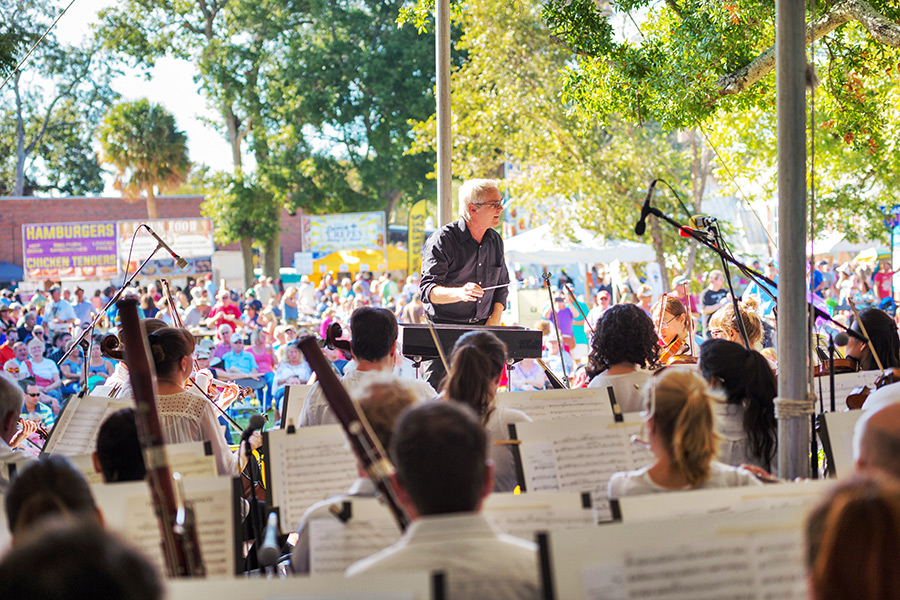 The Pensacola Symphony performing at the 2018 Festival 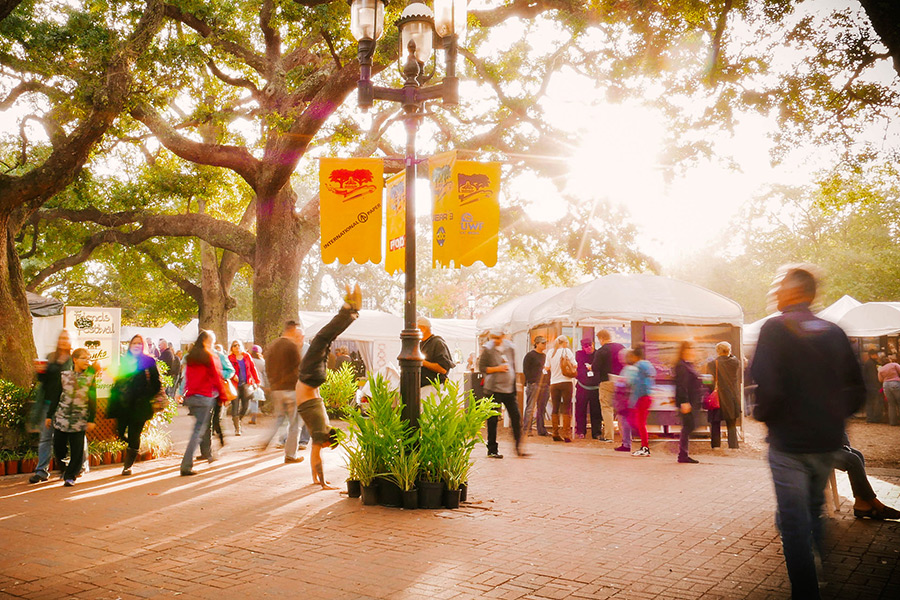 To celebrate 50 years of the GGAF, the Pensacola Museum of History has organized an exhibit telling the story of the Festival. The exhibit runs through February 2023.

The Festival is very fortunate to have dedicated volunteers, some of whom have been a part of it since the very beginning. Linda Gray and Connie Acevedos have both remained actively involved in the Festival from its inception up to now. Today, the planning committee includes several children and a few grandchildren of early organizers. Even with this strong legacy of volunteers, new people are always needed and welcomed. If you have a passion for the arts and being part of a community, consider volunteering with the Great Gulfcoast Arts Festival. Let’s keep it going for another 50 years.

Video produced by the Pensacola Museum of History for the 2022 exhibit showcasing the 50-year history of the Great Gulfcoast Arts Festival. Interviews of Don Partington, Linda Gray, Anna Dyess, and Tony Krysinsky. 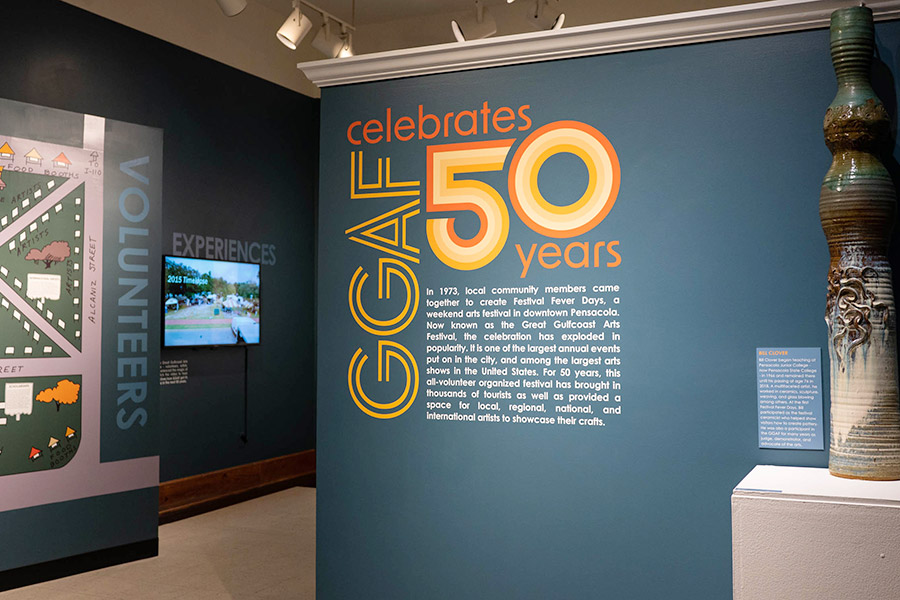