Be sure to also visit Museum Plaza behind the Pensacola Museum of History for live performances by the Pensacola Bay Concert Band, PSC Jazz Ensemble, Pensacola Opera, Pensacola Little Theatre, and several others.

We’re very literally a band of brothers: 3 triplets and a younger brother (our honorary quadruplet). The music we make comes from all of us: the stories of our lives and this country, our victories and tragedies, the old fiddle tunes our immigrant ancestors danced and clapped to. This is the music of our people, something we're proud and honored to create. Michael is the oldest of the triplets and the self-described “serious” member of the band. Out of the many instruments he can play, piano is his favorite (most of the time). But of course, banjo is definitely his favorite campfire instrument. Thomas is the middle child of the triplets. He is the only one of the triplets who graduated from Palm Beach Atlantic University with a degree OTHER THAN music (he chose English!). His fiddling is still our secret weapon. Joshua is the baby triplet - it’s only by two minutes, but we still make sure he knows it. Our dad calls him “Joshie,” but we all just call him Joshua. To us, Joshua is full of vitality, an artist, and a visionary. When he isn’t writing music, he’s outside, probably climbing trees. Isaac is our honorary quadruplet. Even though he’s 9 years younger, he’s been one of us for forever. He started performing with us when he was 8 years old (he was our cute-ness factor), and we’ve dragged him along for all the performances we can ever since!

ZMR calls Terra Guitarra “one of the top nuevo-flamenco groups in the world”, with a #1 and two top 5 internationally charting albums and multiple “Album of the Year” nominations. Patchouli is a folk festival headliner and Public Radio favorite with pure, haunting lead vocals and beautiful harmonies. Their sound, depth and virtuosity is described as “Simon and Garfunkel meet the Gipsy Kings” and “taking a yoga class in a field of running mustangs."

Their soulful fusion of blazing Spanish and world guitar instrumentals, spine tingling vocal harmonies, and epic folk rock anthems are infused with a visible onstage chemistry. An extraordinary bond is immediately apparent as two guitars merge into one acoustic wall of sound and their innovative, percussive flat-picking and hybrid fingerstyle techniques leave even astute listeners wondering where the drummer is.

Patchouli & Terra Guitarra represents the very top echelon of today's acoustic performers, bringing the highest level of skill together with the passion, experience and joy that are a rare combination indeed.

Life is an adventure, and music sets the stage. That holds true for Josh Aarron and Jarred Ashley, twins from Alabama's coast. Music came early, and it came in many different styles. There were powerful harmonies from gospel hymns on Sundays. There were smooth grooves from oldies and island radio that filled the air of a beach town. There were timeless tales from folk and bluegrass, and heartfelt lyrics from classic and modern country. There were sounds from everywhere in between. All, inspired and motivated. Josh and Jarred have had the opportunity to play at many great venues with exceptional artists over the years. Josh and Jarred blend influence, experience, passion, and a respect for music in every piece they create.

With vocalist Brynne Heatley and guitarist/vocalist Josh "Bones" Theriot, this duo performs a variety of original tunes and cover songs

Tanya Gallagher leads a double life. By day, the Pensacola, Florida native—who once interned for NASA—practices cartography, turning geographic information into maps for Santa Rosa County, where she resides. By night, she pens soulful, folk-inflected pop songs. I think people immediately assume there must be this right brain-left brain dichotomy between these two passions but for me they’re almost symbiotic. I don’t think I could have one without the other,” Gallagher says.

Rave reviews and repeat engagements are the norm for this six-foot tall beauty. Holly studied piano, guitar, violin, and ballet, earned a BFA in Theatre Performance, practices Pilates, and has totally mastered the art of SINGER/ENTERTAINER. She can turn on her southern charm, the ditsy humor and the spell binding virtuosity that captivates everyone within earshot - all the while moving like satin, turning heads, and winning hearts. Based for several years at the 4-Diamond Perdido Beach Resort in Orange Beach, Alabama, she is in demand at jazz festivals, cabaret venues, and organizational gatherings. From Memphis to Morocco to the Mediterranean, whether accompanied by piano alone, or with her eclectic group of exciting musicians, every event becomes special indeed.

Horace Trahan, the maker of the hit single, “That Butt Thing,” in 1999, is a world-renowned Cajun and Zydeco artist, respected for his ability to pull the hell out of an accordion and belt out vocals that will give you chills. Having over-stepped boundaries and bypassed the stereotypes of naysayers, this native of Ossun, Louisiana, has made a huge and highly anticipated comeback on the music scene! Since the age of three, Horace’s genuine appreciation for music is still his source of unwavering creativity today. With influences ranging from Iry LeJeune, Aldus Roger, Lawrence Walker, Hank Williams, Hank Williams Jr., George Jones, to Wayne Toups, John Delafose, Boozoo Chavis, Beau Jocque, Clifton Chenier, Bob Marley, and Bob Dylan, there is no stopping Horace Trahan from expressing himself in any facet of music!

Amy Speace is a Nashville-based folk/Americana singer-songwriter and essayist. National Public Radio described her voice as “velvety and achy” and compared her to Lucinda Williams. A former Shakespearean actress, her music has received critical acclaim from the New York Times, NPR, the Sunday London Times, Mojo Magazine and many other sources. She has toured extensively in the US, UK and Europe and has shared the stage with Guy Clark, Judy Collins, Mary Chapin Carpenter and many others. She regularly performs at The Rocky Mountain Folk Festival and The Kerrville Folk Festival and has appeared at Glastonbury Music Festival and the Cambridge Folk Festival. She has appeared on Mountain Stage Radio many times, as well as WUWF’s RadioLive. Speace also works as a songwriter with the non-profit SongwritingWith:Soldiers, which helps veterans process their trauma. As an essayist, Amy Speace has been published in The New York Times, No Depression Magazine, American Songwriter Magazine and The Blue Rock Review.

Instrumental music performances and music study clubs begin to appear in Pensacola during the late 1800s and early 1900s. The Pensacola Philharmonic Orchestra was first formed in 1926 by German immigrant John W. Borjes, who recognized the need for Pensacola to have an institution of its own that could develop local talent and also provide access to symphonic music for the entire community. Members of this early ensemble included many members of the 20-piece Saenger Theatre Concert Orchestra, among others.

Today, the PSO continues to seek ways to fulfill its mission of promoting the wellbeing of the Greater Pensacola community through excellence in live symphonic music and lifelong learning through engaging musical activities. From the stage, PSO’s goal is to provide the Pensacola community with transformative musical experiences through performances with world-renowned artists. In addition to enlivened performances, PSO’s “Beyond the Stage” program brings musical experiences to the Pensacola community in settings that include schools, retirement communities, healthcare facilities and galleries.

Otherwise known as Anthony Crawford and Savana Lee from Loxley, Alabama — have been Americana’s sweethearts from Alabama’s Gulf Coast for over a decade. Between them, they have amassed a rich musical heritage working with such notables as Neil Young, Steve Winwood, and Dwight Yoakam. The music they make together is simple and direct, rooted in country and rock, and anchored by their sweet and soulful harmonies.

To know the couple’s roots is important in understanding the foundation of the duo’s incredible story. Anthony’s musical career has led him all over the world beginning at Opryland at the age of eighteen to performing at the Grand Ole Opry, to being on tour with many notable artists. He's had appearances on Hee Haw, Austin City Limits, Live Aid, Farm Aid, Showtime, the Late Show with David Letterman, the Tonight Show with Jay Leno, the Today Show, and the Grammy Awards Show.

Savana was raised along Alabama's Gulf Coast and although she's ventured off at times (New Orleans, Nashville), the coast is her home. While living in Nashville, she spent time writing and performing at the world-renowned Bluebird Cafe, Broken Spoke, and Douglas Corner. Savana's dreams of being an artist were temporarily sidetracked while co-owning and managing a well-respected vintage analog studio in Nashville, TN: Deepfield Studio.

After seeing their 2020 tour evaporate in front of their eyes due to Covid-19, Sugarcane Jane redirected their energy to the Hibernation Tour, 43 live stream concerts in a row from their home studio (Admiral Bean Studio). During that time they recorded and released Fellow Man but found themselves with more left to say. 2022 brings live music back to the forefront and Sugarcane Jane back on the road for some select shows in support of Anthony’s former boss/bandmate, Dwight Yoakam. 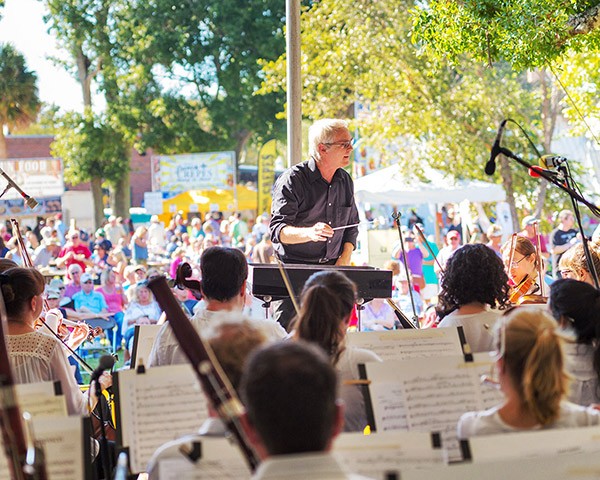 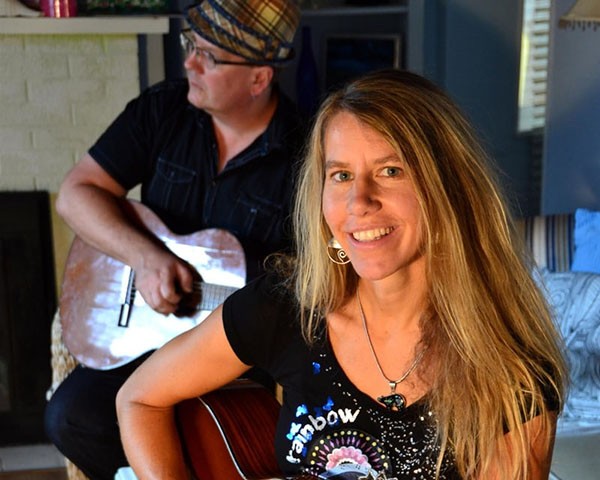 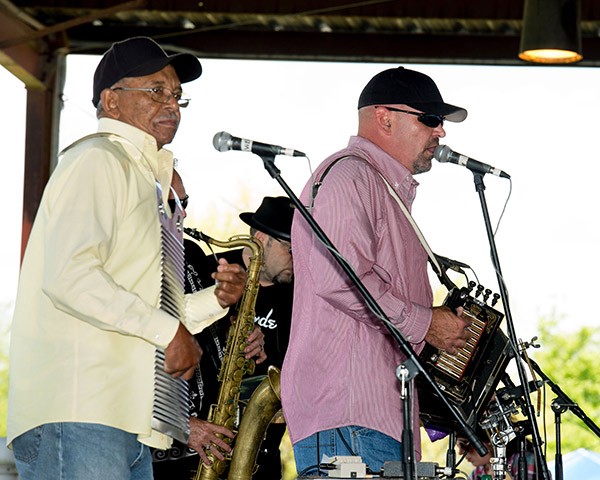